I have to admit, this movie set me off. About half way through the movie, I almost walked out. I was fuming mad.  After they said America was a bunch a thieves, and our country was based on plunder.  We stole the land from the Indians and kept slaves.  Nothing they said wasn’t true, but oh boy, was I hot. 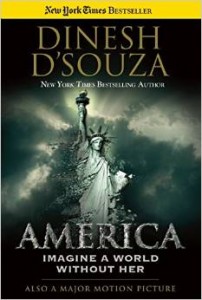 America: Imagine a World without Her

I wonder if this person actually did get up and walk out before the second half? Posted in the Union Democrat on July 15, 2014:

The movie I am referring to is “America,” it is a vicious, manipulative piece of propaganda twisting and presenting a history of our country so that it creates mistrust and fear.

I am shocked that our only movie source in Tuolumne County would show such a politically inflammable, unjust film.

Regal Theaters should be held accountable. It is unforgivable to foist that kind of offensive material on the unsuspecting public.
Beverley Harrison
Sonora, CA

I wonder how exactly does one go about holding Regal Theaters accountable?

After staying to watch the second half, they told they rest of the story.  Restoring my faith in America and my faith in humanity.
Watch the trailer for yourself.  Are we a nation of thieves?  Watch the movie, you decide. 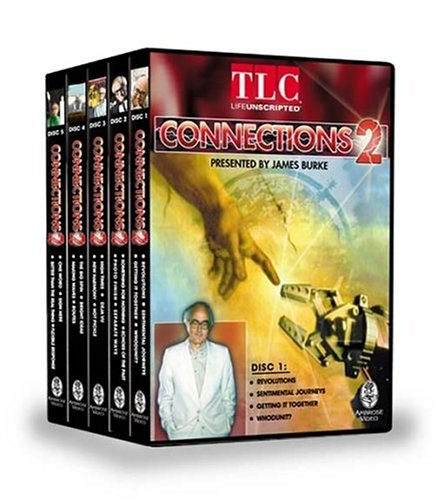 The Children of Huang Shi is based on a true story about the life of a young Englishman George Hogg, portrayed by Rhys Meyers. 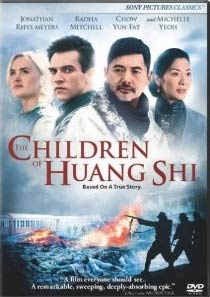 Set in war-ravaged China during the late 1930s, Hogg, leds sixty orphaned boys on a journey across the Liu Pan Shan mountains to safety on the edge of the Mongolian desert. The 700 mile hike took months to complete; a harrowing journey for grown men, let alone young boys.

The Children of the Silk Road (Huang Shi) is an absolutely heartbreaking movie. It’s hard to imagine the conditions these children were forced to endure. The end of the movie was touching, in that it gave voice to these boys as adults, their dialog is quite moving. The film is slow to develop in places, which is to be expected when a movie is based in fact, rather than fiction.

This movie has inspired me to learn more about this time period in history.

Amazon posted this review:The Children of Huang Shi is a powerful, inspiring film about a real-life, outsider hero who emerged from Japan’s catastrophic invasion of China in 1937. A British journalist, George Hogg (Jonathan Rhys Meyers) sneaks into Nanjing at the height of Japan’s destruction of that cosmopolitan city.

Rescued from certain death by a suave rebel named Chen Hansheng (Chow Yun-Fat), Hogg goes deep into China’s countryside in search of another front to the war. Instead of furthering his career, however, Hogg is talked into taking control of a destitute orphanage occupied by starving, lice-ridden, half-savage boys.

A roving nurse, Lee Pearson (Radha Mitchell), keeps Hogg focused on his task, provides him with medical supplies, and ultimately becomes his lover. But the former reporter has to figure many things out on his own, including how to inspire the boys to help fend for themselves.

With the Japanese closing in on the orphanage and the Chinese looking at the boys as likely soldiers, Hogg, Pearson, and Hansheng lead the kids on an extraordinarily strenuous, 700-mile hike to Marco Polo’s so-called Silk Road, leading to the Gobi Desert. The second half of The Children of Huang Shi is taken up by this sometimes deadly labor, and director Roger Spottiswoode balances the dreariness of it with knockout images of mountains and eerie, desert vistas.

The multi-national cast is the best thing about the film, which avoids canonizing the saintly Hogg by not ignoring his sins of pride (he refers to the kids as “my boys” to the wrong Chinese authority, and pays the price) and jealousy. Chow’s jaunty persona adds an essential swagger to this Schindler’s List-like story, but it’s Mitchell’s gritty, soul-weary performance that really grabs one’s attention. —Tom Keogh